Skip to content
Who doesn’t? Rather than have lengthy exposure, which creates market fatigue – get the best price now. “New Listing” always attracts visitors, and the prices that are attained closest to the asking price, most often are the homes with the fewest days on market.
This all has been said before – but it’s amazing how many home sellers still don’t abide by the simplest of rules….it takes a little work, but honestly – so worth it. And unless you’re a person who enjoys dirt, clutter and lots of stuff, you’ll like your home so much better during the selling process.
1. Curb appeal – yard, front door, driveway – keep them clear of debris, trimmed, fresh front door/entrance. First impressions are created before the perspective buyers enter the home
2. Everyone thinks that their taste is the best – but honestly – keep it neutral. You’ll appeal to more people, improving your odds. I worked for Giorgio Armani for years, and his philosophy for rich sophistication, is neutral tones. Whether or not you like what Mr. Armani does, nobody can disagree with the fact that he has achieved world renowned success as a tastemaker and branding genius.
3. Clean is good. Smelly, dirty – not good. everyone knows that your home is not new, but perceptions change when perspective buyers are greeted with odors and remains of last night’s dinner, smelly trash, pet odors etc…I don’t agree with the notion of strategically planting incense, candles or even baking cookies for an open house. Before I became a realtor, and looked at homes during open houses, I always thought this was a red flag – a mask for something less than pleasant – such as mold, mildew, dirt or smoke. 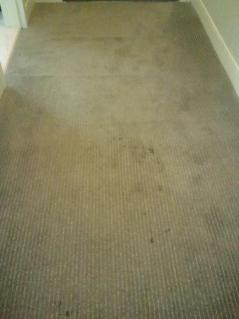 4. If there is carpeting that is not new in appearance – GET RID OF IT! Wall-to-wall is somewhat passe, however, you still stand a chance if it is new, not tracked, not stained. If there is not a good floor underneath, and you do not want to invest in new flooring, call 1-800 EMPIRE as the commercial says – today, and replace nasty carpeting.

5. Paint old paneling and woodwork for a fresher and cleaner appearance. Cheap fix for selling your home. This works for 60’s dated fireplaces as well.

6. The least amount of furniture is best – if you don’t need something for your next location – get rid of it now. It will save you money when you move. Your home will appeal to more people, and they will have an easier time envisioning their belongings in your home.
7. If you’re a smoker – quit or do it outside. Smoking is never a positive for either party – just my opinion for your health, but it’s a guaranteed detraction for home buyers.
8. Take staging advice from your realtor – we tour and sell many more homes than someone who is not in the business or someone who does not have the pulse of the market.
Good Luck!